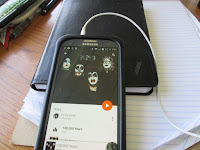 Thinking back, I figured that the Lovin’ Spoonful album was probably a gift that my parents didn’t entirely care for but didn’t want to get rid of, so they added it into the kids’ music collection. I’m pretty sure if mom and dad didn’t much care for the album before they gave it to us, they were probably sick and tired of “Summer in the City” after that. I don’t think I ever listened to anything else off of that album except for that one song, and that was because that song had a sound that I liked. Of course, I would eventually get past that song and onto bigger and better. You might even say, “The hottest band in the world."

Kiss had already been around longer than I had been alive, but by the time I was old enough to have heard of them they would come out with the album that would redirect the rest of my life. Destroyer put Kiss on the map. I could go off on a tangent of how Bob Ezrin produced this album and would follow it up by producing Pink Floyd’s The Wall album, but hell, I was three and a half years old and didn’t really care much for that. All I knew was that the band looked cool in their black and white makeup, the giant boots, and their music appealed to me. Lyrically, I think it’s safe to say that I didn’t understand many of the double entendres that they were using, it was just cool. Just this moment, I realized that “Strutter” was about a stripper, and I’m 42. I just never thought about it (that is a conversation for another day).

Let me pause here and discuss a little something that I still read about to this day. Back in that magical time of the seventies, many young people latched onto Kiss as a band of rebellion from their parents’ music and what society as a whole deemed as acceptable. Many of those parents My parents understood that music was music and that by allowing us to own and listen to Kiss, they weren’t turning it into “forbidden fruit”. This would continue on with Judas Priest, Iron Maiden, Ozzy, and Dio. All of these acts were permitted in my parents’ house because they recognized that music is music.

Anyway, we were friends with the kids down the street, the older two were our ages and also Kiss fans. We used to play on the neighbor’s swing set and sing Kiss songs and just have fun. I know it sounds silly now, but when you’re a kid, that was the height of fun. Growing up, there was a vast cast of characters that I will eventually run through as I write this. Some of them have faded away completely and others simply moved into the periphery for a time. They will be introduced in due time and as the story requires.

Eventually, my brother and I would get the solo albums, Kiss puzzles, Kiss dolls, and the remote control Kiss van. Yes, Kiss was all about merchandising (say it like Mel Brooks in Spaceballs, it’s funnier) and Eric and I fell for it completely. We were even allowed to stay up past our bedtime to watch Kiss Meets the Phantom of the Park, which was the greatest movie of all time (at age three or four, the taste centers of the brain are severely undeveloped). I would watch this piece of sh…film many years later thanks to a friend and I really can’t remember much of it except that members of the band were in it and there was an amusement park. These days, I’m amazed that that movie isn’t listed as directed by Alan Smithee.

Kiss will come up again. And again. And again. This is because I ended up seeing the band three times, though one could be listed as unofficial since it was before their return to the makeup. For now, though, I’m going to go back to listening to their debut album and remember some of those smaller details of my early life.
Posted by AlienCG at 6:30 AM

Email ThisBlogThis!Share to TwitterShare to FacebookShare to Pinterest
Labels: all about me, kiss, memoir, music, The Crate Gods