I get set off by political memes, especially when they stigmatize an already marginalized group of people. In this case, it's the poor and, more specifically, welfare recipients. I applied for public assistance during this latest stint of unemployment and was rejected because my meager unemployment check was still too much money despite my bills. I also tried to apply for Medicaid and was also rejected, despite the fact that my only other recourse was COBRA, which would have taken more than a quarter of my income.

BONUS: There is a Heartburn Honeys with Heavy D and me to end on a fun note. 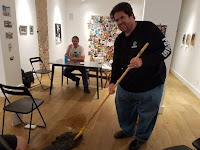 Unfortunately, I lost a clip that we recorded on our way to MMPR where reviewed a snack, so you only get a clip from before breakfast as we drove to Hamilton from Guelph, and then a fun clip after we crossed the border. We would like to thank everyone for the great weekend. 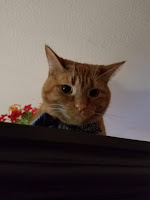 This time around, Stephanie and I are eating boneless wings at the Wing Stop in Brooklyn, OH. We have some always-entertaining conversation (I think...it's been a while) and try some new food. Also, stay tuned for Canadian-based episodes when we travel to MMPR in Hamilton, Ontario.

This work is licensed under a Creative Commons Attribution-NonCommercial-ShareAlike 4.0 International License.